So, if I have managed to capture your attention and you have followed our adventures in Thailand, you may wonder why we chose not to explore the beaches in Thailand?

Well, I was perusing a magazine once and I saw a postcard picture of Langkawi on it. Being the ever zealous traveller and always adding destinations to my ever growing bucket list – I had to visit it.

And I was not disappointed. This island is nestled off the coast of Malaysia in the Andaman Sea and is unlike any other island I have ever been to. A powdery white sandy beach, clear blue waters and green islands dotting the Andaman…the image is certainly embedded in my mind. 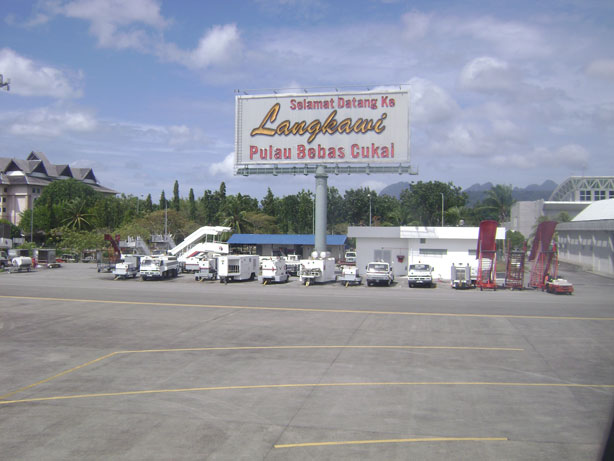 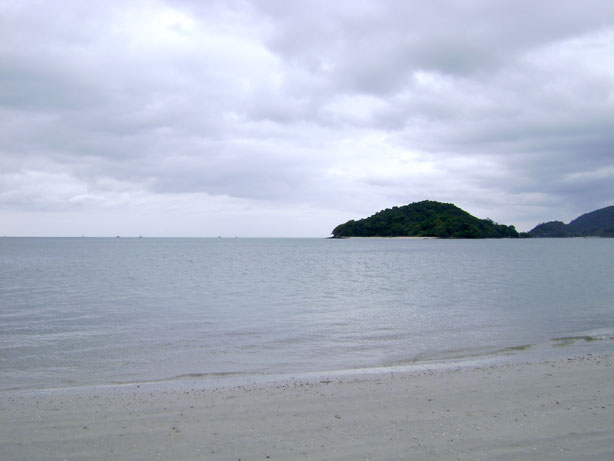 The Meritus Pelangi was our hotel of choice on this leg of the tour. It is a nice hotel but for those who care here’s a traveller tip – it certainly did use the best photo shop artist out there to paint a glorious picture of it on its official website! Though it is rated as a 5 star hotel by the Malaysian travel authorities, in reality it could do with a lick of paint and refurbishment – to appease those of us paying top dollar to stay there at any rate! 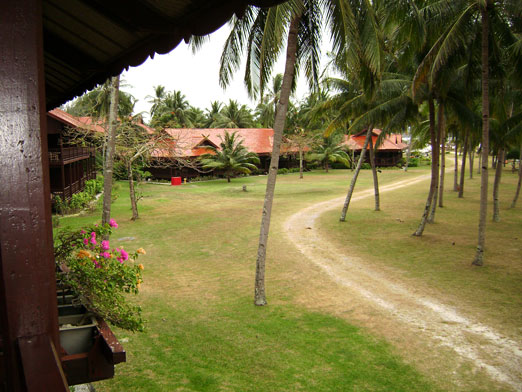 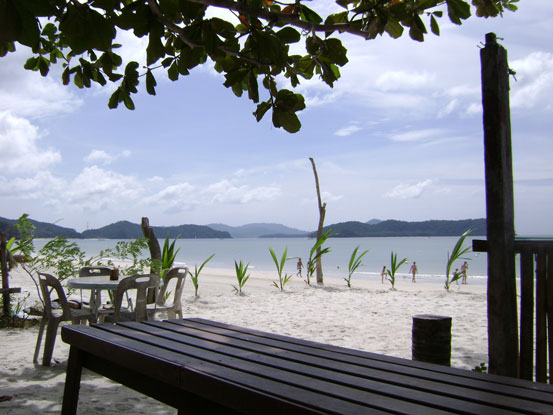 Our check in experience wasn’t the best – we were kept waiting for almost 2 hours before we were shown into our so called ‘deluxe ocean view ‘room, which turned out to have carpet stains, spider webs and hair in the manky shower. Gross. The diva in me just had to kick up a fuss and thankfully, we were moved to a club room, and kudos to the gracious manager, whose attitude really redeemed the hotel. In addition to moving us, she sent us a basket of fruit, a bottle of wine and treated us to lunch to compensate for the otherwise disappointing check in. 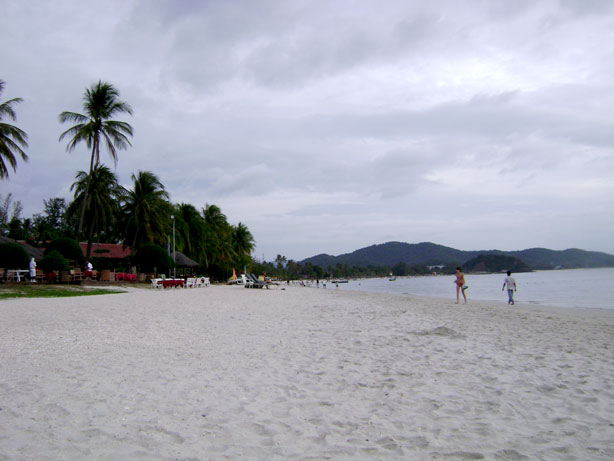 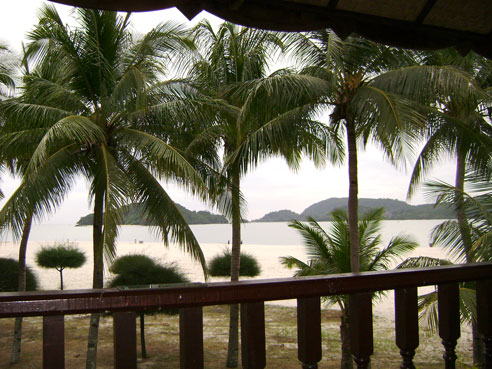 Anyhow, after a hectic leg in Chiang Mai and a very drunk start to the new year, some r and r time was on the agenda. M and I thoroughly enjoyed just kicking back and relaxing – soaking in the sun, walking on the beach (by the way you need reef shoes because the powdery white sand is ensconced with broken shells, which you cannot tell from the postcard pictures of the island ) indulging in numerous pina coladas at the swim up bar, sundowners and fruit picnics on the beach! My idea of heaven! 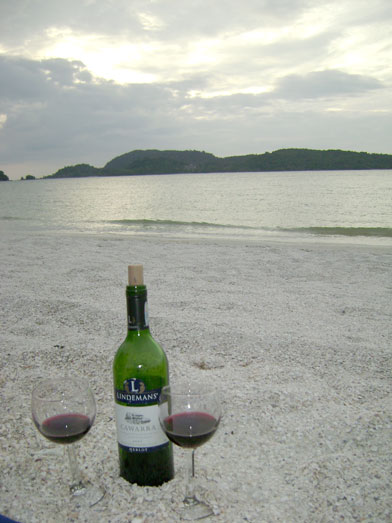 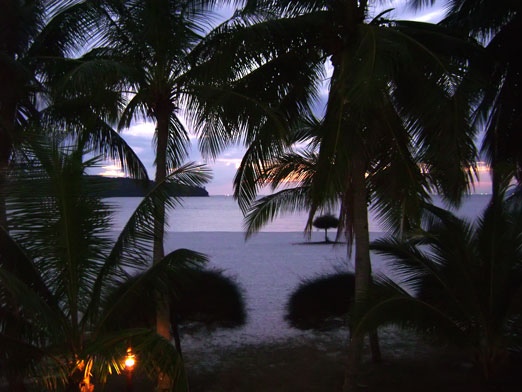 And, as if just pure r and r wasn’t enough, we added a slice of excitement to this already perfect beach holiday – parasailing! There is something exhilarating about soaring above the water, seeing the green islands dotting the surface and feeling the wind in your hair….once you lift off the boat, the world is yours. Is this what birds feel like? I could get used to it!!! 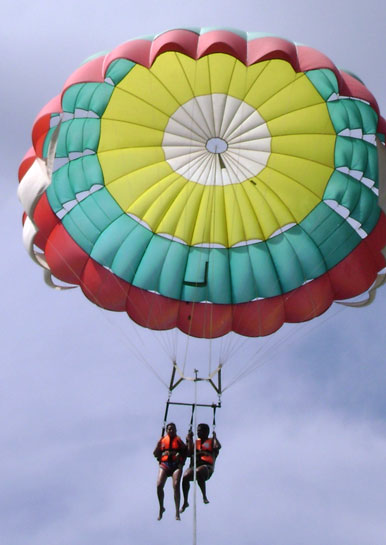 On our final night in Langkawi (yes I will admit we spent three days just lazing around the hotel) we decided to venture out and see what the town was all about. Our driver took us to a roadside Chinese restaurant, which had a queue a mile long – a good sign! When we finally got a table, the sumptuous food more than made up for the modest furnishing – I have never eaten Chinese food that has left a lasting impression on me, and I have never seen a prawn, yes a prawn, the size of my arm… 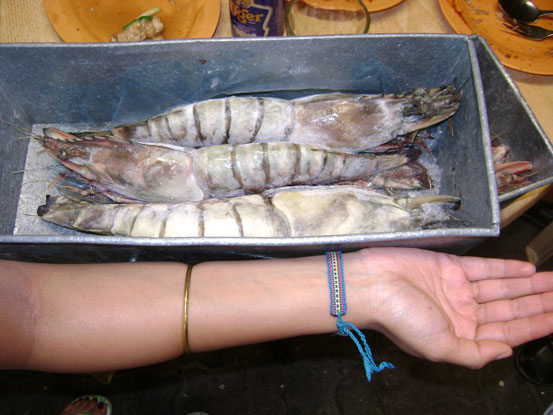 And a final stop at the Dataran Lang, better known as Eagle Square at the Kuah Jetty which has become somewhat of a landmark of the beautiful island – the large red cast iron eagle suspended in mid flight, looking out over the Andaman Sea marked the end of this leg of the tour…but we still had Singapore to look forward to! 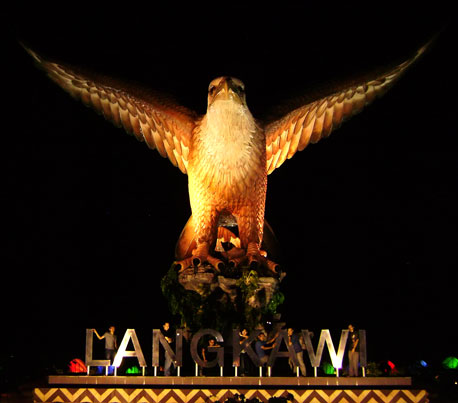 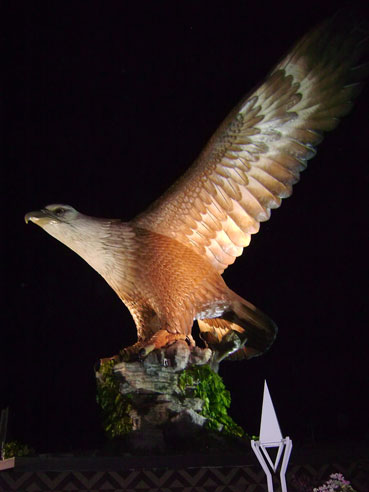