What a fabulous way to say goodbye to 2008 and ring in 2009, and to be in the glittering capital of Malaysia, Kuala Lumpur, home to the famed twin Petronas Towers to do so!

Air Asia, South East Asia’s budget (but oh so great) airline flies directly into KL from all over major hubs in Thailand, arriving at Kuala Lumpur International Airport. The city centre is a good hour’s drive away from the airport but there are many taxis that are happy enough to drive one into the city for a reasonable price.

From our fantastic hotel room at the Hotel Nikko, in the heart of the Golden Triangle area of the city centre, we could see the tops of the Petronas Towers peeking above the city. This hotel is in a class of its own. For the rest of the trip, the rest of the hotels were compared to the Nikko style and didn’t even come close, sadly. Having checked in on New Years Eve, we were told by the concierge that the best thing to do would be to stake out a spot around the Petronas Towers, and get a bite to eat at one of the many restaurants in the Suria KLCC area. 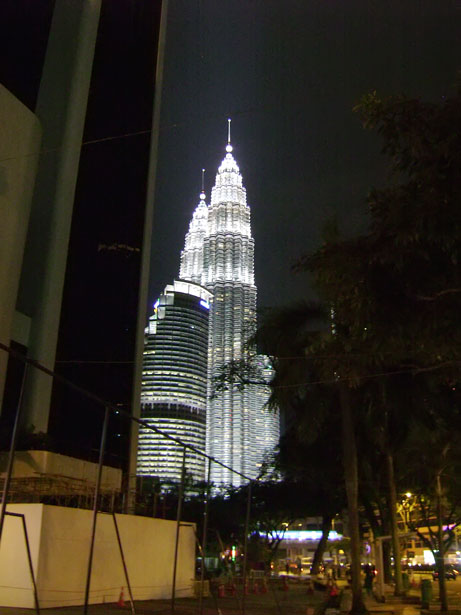 Being a five minute walk away from the Towers meant that after a quick shower we were able to hot foot it to a bar around the area, to get a few drinks in. We were incredibly lucky to get a table at Chinoz on the Park, eating and drinking away the remnants of 2008 and watching the fountain, music and laser light show going on in the centre of the area surrounding the Towers from the al fresco terrace. 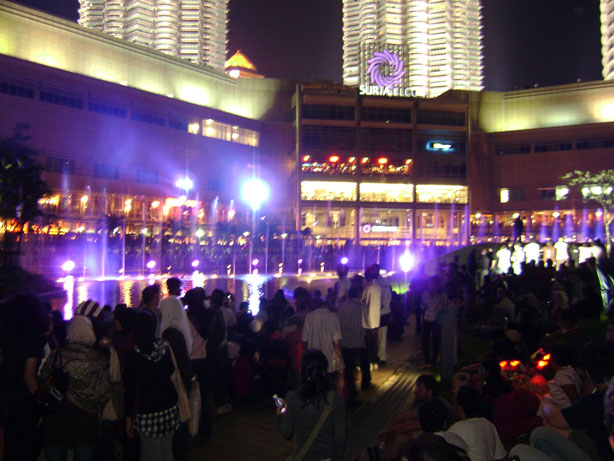 The Malaysians are certainly well equipped – they started handing out bags with party poppers and noise makers and hats about 30 minutes to midnight, which we gladly took but we then chose to wander out and face the Towers for the countdown to 2009, which was ushered in by a spectacular 15 minute firework display… 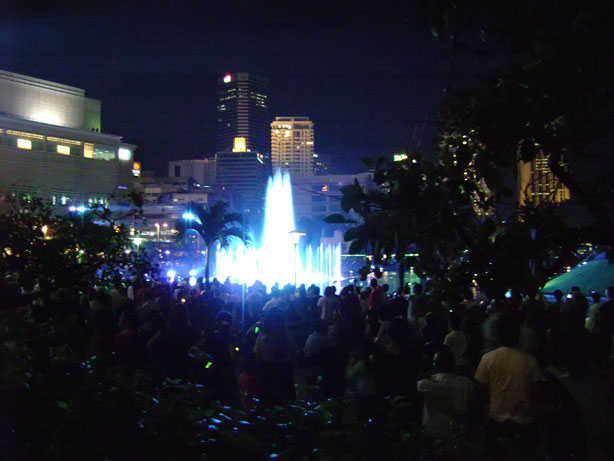 The partying continued at a club opposite the Towers (after wishing our loved ones back in Kenya Happy 2009) until about 5 am – I remember singing Bryan Adams songs with a bunch of strangers (the joys of travelling) and then wandering off to a McDonalds to indulge in an early morning snack, knowing we wouldn’t wake up for breakfast!! 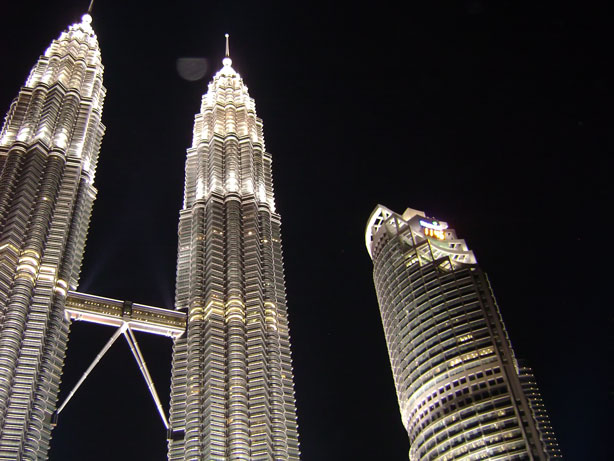 New Years day brought with it a terrible hangover cured with some retail therapy at the Mid Valley Mall, followed by a scrumptious late lunch at Paddington House of Pancakes, a wonderful pancake house with my colleague from back home, Njau and his lovely wife Hui Teen. More retail therapy at the Suria KLCC Complex where M bought me my first pair of Prada sunglasses (unleashing the designer sunglass addict within me….) and a late dinner at believe it or not, at Chinoz on the Park simply because they had an awesome menu and we weren’t able to sample their ware the night before! A mini footstep in KL but a footstep nonetheless, a city on my bucket list to explore some more came to a sad end, but we still had the beach part of our holiday to look forward to…