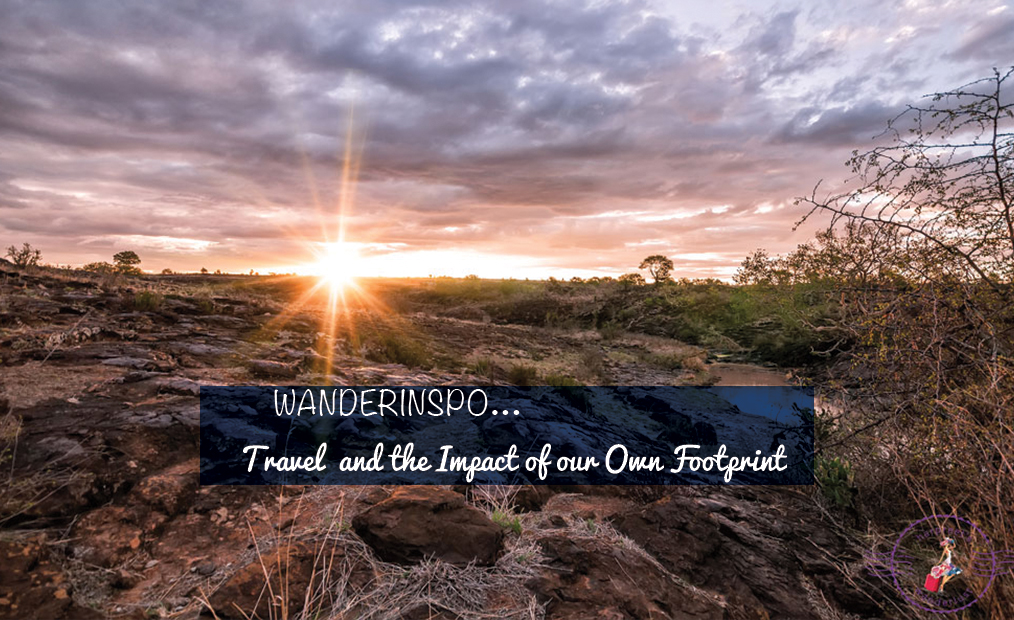 A safari is one of those experiences that is considered once in a lifetime or bucket list. I am incredibly fortunate to live in a country as magical as Kenya where growing up, going on safari during the holidays was the norm and almost became a tradition of sorts, and now, Wanderlustmate M and I enjoy exploring various parts of Kenya whenever the opportunity lends itself…

Off for a Game Drive

Recently, Wanderlustmate M and I went on safari in North Central Kenya, to a park that I frequented a lot as a child with my parents and sister on holidays: Samburu National Reserve. This game reserve was known for being home to one of the longest rivers in Kenya as well as species of animals indigenous to and only found in this part of the country. As a child, I remember the Ewaso Nyiro River gushing with might, snaking its way through the park. We always used to stay at the then Block Hotels Samburu Lodge which was built on the banks of the river. I remember this particularly because there was a bar overlooking the river where we would have pre dinner drinks in the evening (well, my parents would have their wine and my sister and I some sort of fancy mocktail) and I would be fascinated by the crocodiles gliding past, being swept along by the strong current, with their yellow eyes glinting like the headlamps of a car. I would watch them with a sense of fascination being so close yet feeling deliciously safe on dry land, knowing they could not get to me and I could sip away at my mocktail and be perfectly content in my little world. On game drives, I remember seeing herds of elephant on the river bank, dusty and red from the soil in the Samburu: playfully frolicking in the water; drinking it and even spraying one another with their trunks. I remember seeing dazzles of Grevy’s Zebra and herds of buffalo and prides of lion. I am getting nostalgic just reminiscing about what we used to see when on game drives. 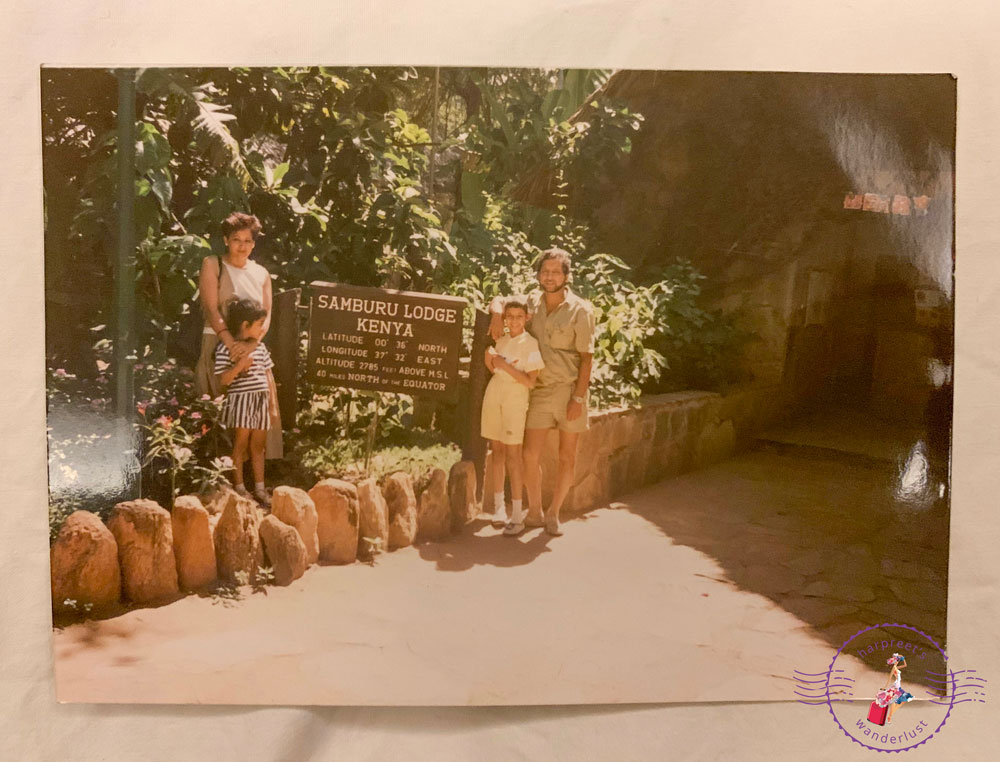 A blast from the past: Harpreet’s Wanderlust in Samburu as a child

Fast forward to when Wanderlustmate M and I went back to the same game reserve a few weeks ago. I was in tears at the plight of the park. A once gushing river was bone dry. A lone elephant bull ambled around the river bed, searching for water. We were told that the otherwise abundant herds of elephant have now migrated in search of water, following the rain. There are no more buffalo in the park: having been chased away by drought. Grevy’s Zebra, one of the most elegant species of their kind are now on the critically endangered list with less than 2000 remaining in the wild. 2000. That is a shocking number for a species that was thriving in the hundreds of thousands barely two decades ago. Reticulated Giraffe are also on the same list. I know I paint a pretty gloomy picture, but it is heart breaking to say that it is gloomy. 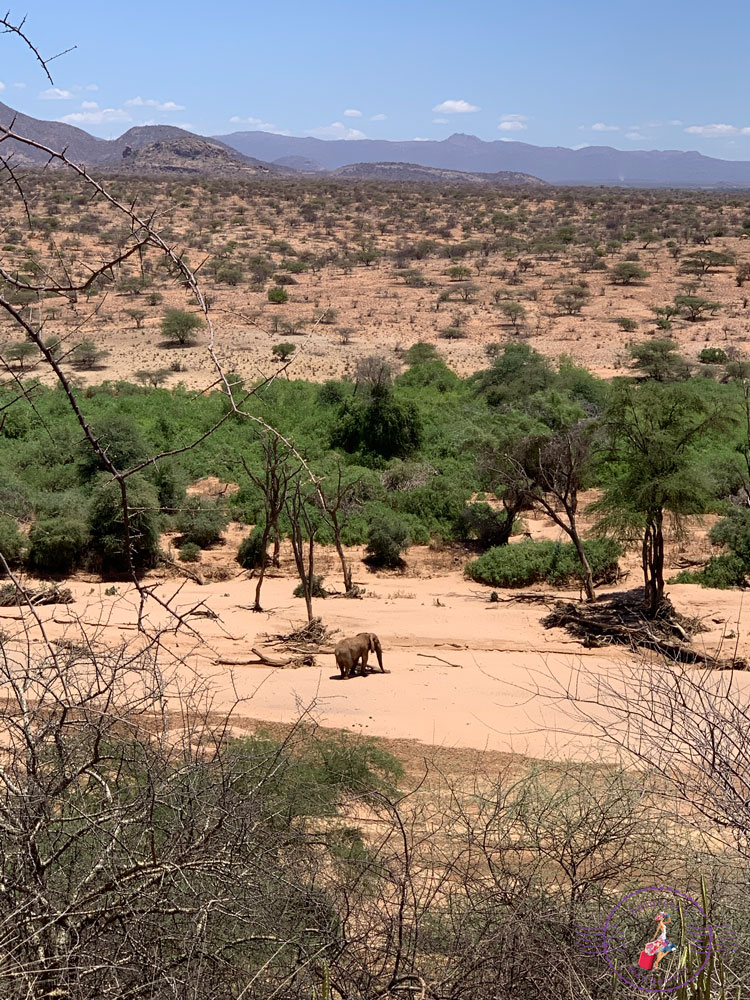 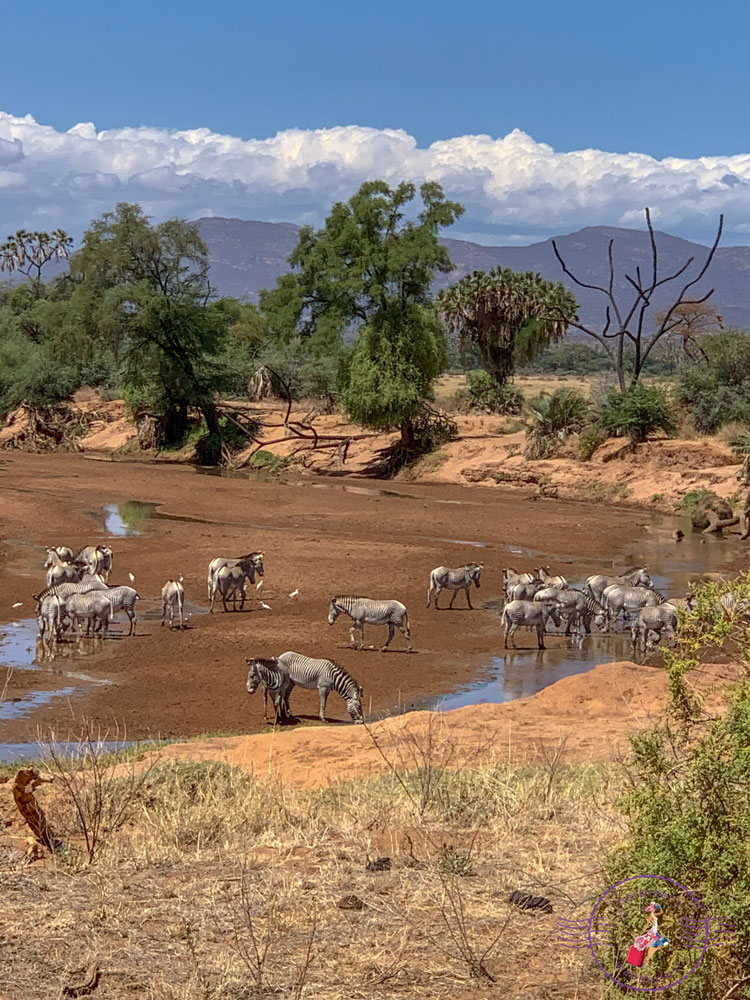 This month’s #travellinkup topic made me take a deeper look at how my travel and trips have been influenced by the current plight of the planet, especially as our trip to Samburu happened to be around World Earth Day. I thought to myself that if the park can change so drastically in the span of merely 20 years, then it is alarming to think that there may be nothing left for future generations to enjoy and we may, as grim as I may sound, have no World Earth Day to celebrate. A safari may just remain a bucket list item that sadly never came true! 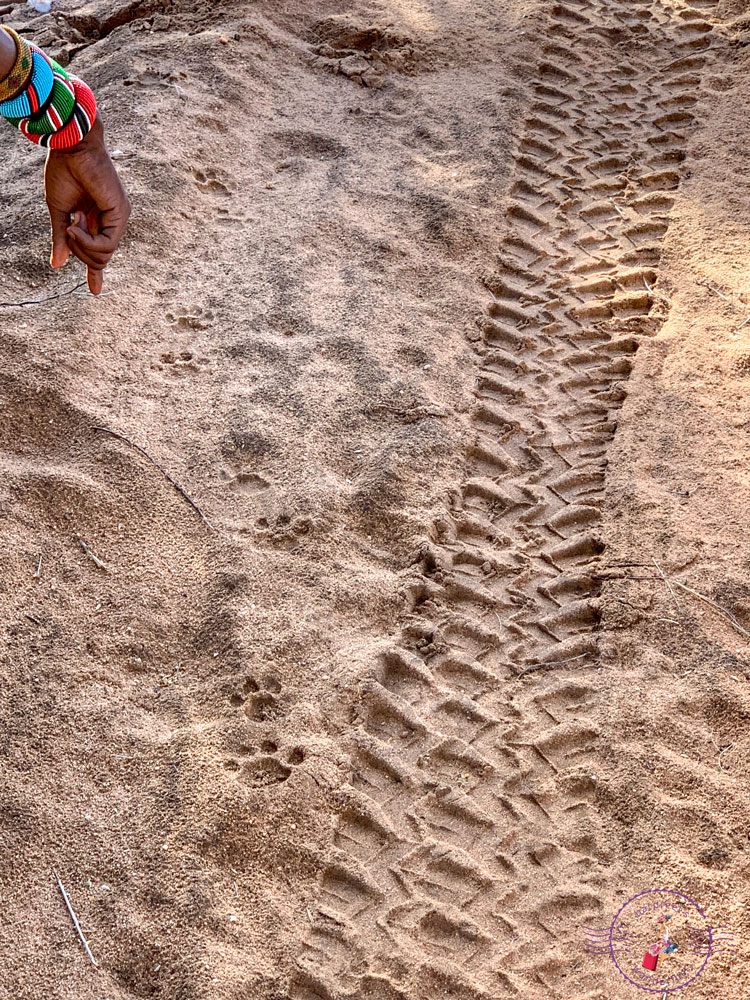 Footprints and the impact of travel…

Why was Samburu this dry and devoid of its usual plethora of game in a season where it should have been anything but? Thanks to the ailing drought that has taken over Kenya this year. Thanks to the failed long rains that otherwise grace us from the months of March to May. Thanks to de-forestation and destruction of forests that otherwise act as water reservoirs. And thanks also to the diversion of rivers to water crops on farms, purely out of desperation coupled with lack of education on how diversion causes chaos to an already fragile ecosystem. But, in as much as there is doom and gloom I was really pleased that thanks to some rain had in the Aberdares, the Ewaso Nyiro is flowing again. Not in full force but not bone dry as it was when I was in Samburu in April. Fellow wanderlusters Kamal and Purvi of Kampur Travel Diaries who specialise in safaris in Northern Kenya made my day one weekend that they were in the area by sending a video of the river gushing. I will admit that I was a little teary with gratitude. 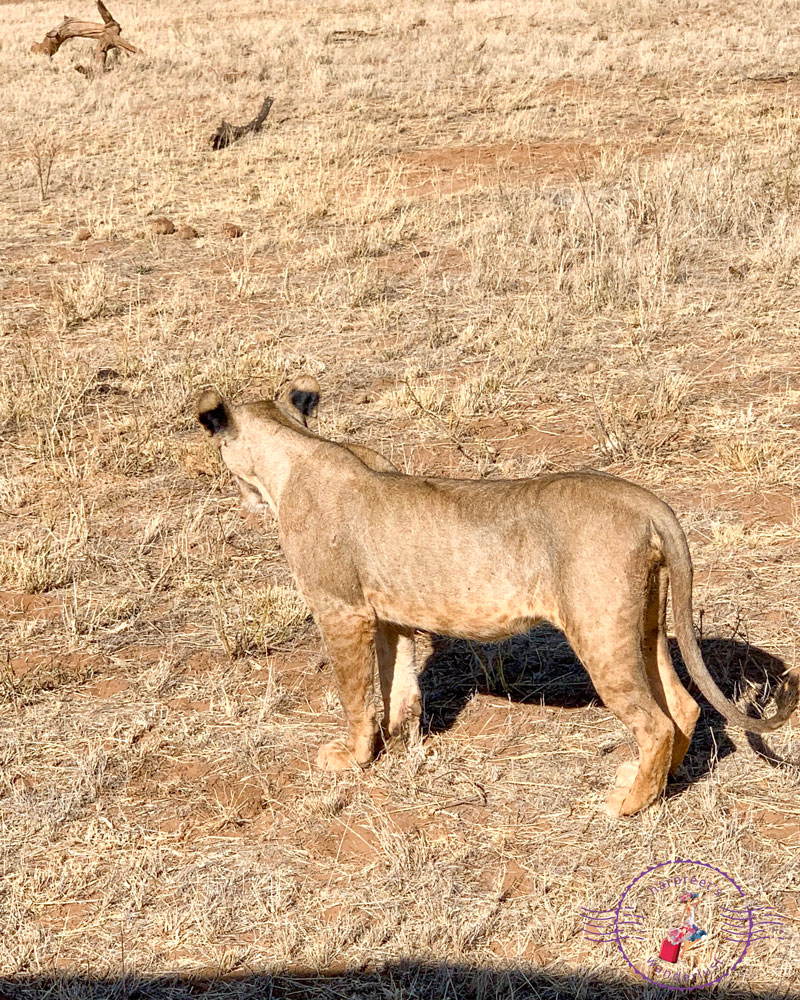 Lion looking out at Samburu

In as much as I enjoy travel and it would be hypocritical of me to not admit my own guilt in the contribution to the carbon footprint thanks to my penchant for luxury travel (something I was doing long before this blog was born and long before luxury travel even became a “thing”), I thought to myself that there must be something I can do, no matter how small to ensure that I am being a responsible traveller. Even if I am addicted to luxury travel!

What can we do to become more responsible travellers?

1. Where possible, choose accommodation that supports the environment

Part of being a responsible traveller means being aware of our own impact and footprint on the environment. It is entirely possible to indulge in luxury and be responsible at the same time by staying at places that have implemented initiatives to support the environment whilst consciously imparting a luxurious experience. The Safari Collection is one such brand. I was super impressed by their commitment to water conservation which is one of their ethos as a luxury brand and is implemented across their properties. I witnessed this first when we stayed at Solio Ranch and again when we were recently in Sasaab in Samburu. In fact, their “save a bucket initiative” is something that I have implemented in my own home to try and save some water. Segera also has its own 4C programme that focuses on Conservation, Community, Culture and Commerce in an attempt to blend luxury harmoniously with the environment and make a positive impact. 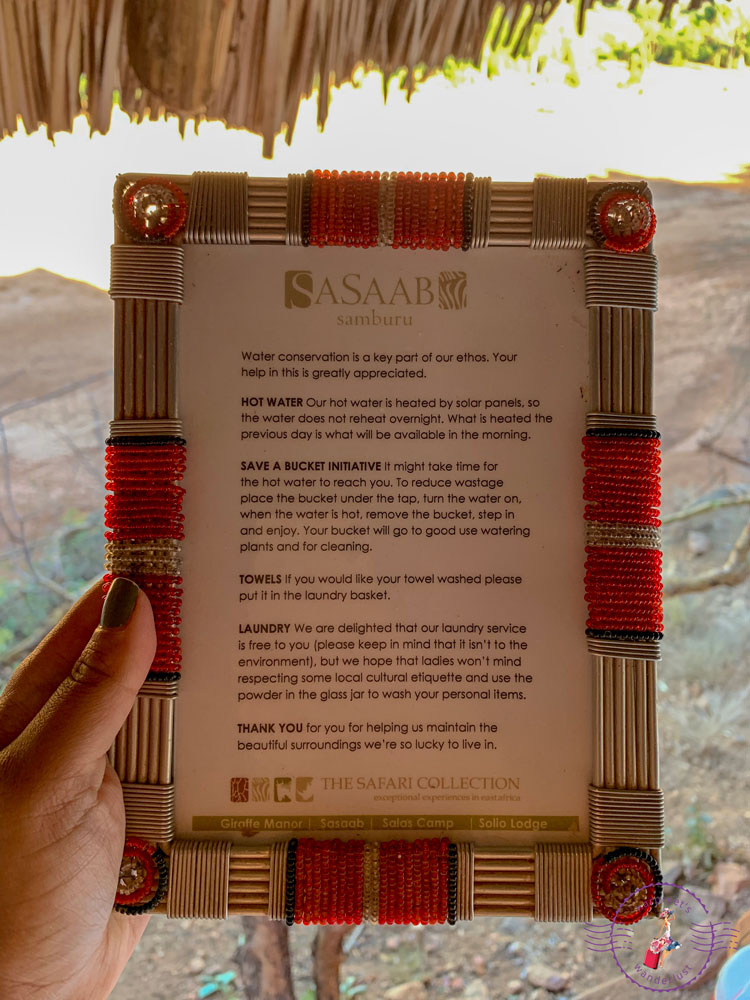 The Water Ethos supported by The Safari Collection

2. Say no to single use plastic

The amount of single use plastic on the planet is something that really upsets me. I am convinced that the current ban on plastic bags in Kenya has led to even more plastic waste with vegetables now being re-packaged into single use containers that admittedly look appealing to the eye but really cause more harm to the environment than good. I wonder why grocery stores in Kenya do not start recycling initiatives to encourage shoppers to bring back their used containers in exchange for a discount on their next purchase or some similar incentive? I have approached a big grocer that shall remain unnamed with this idea and it was shot down within seconds of suggesting it on the basis of “cost”…ummm, right?! 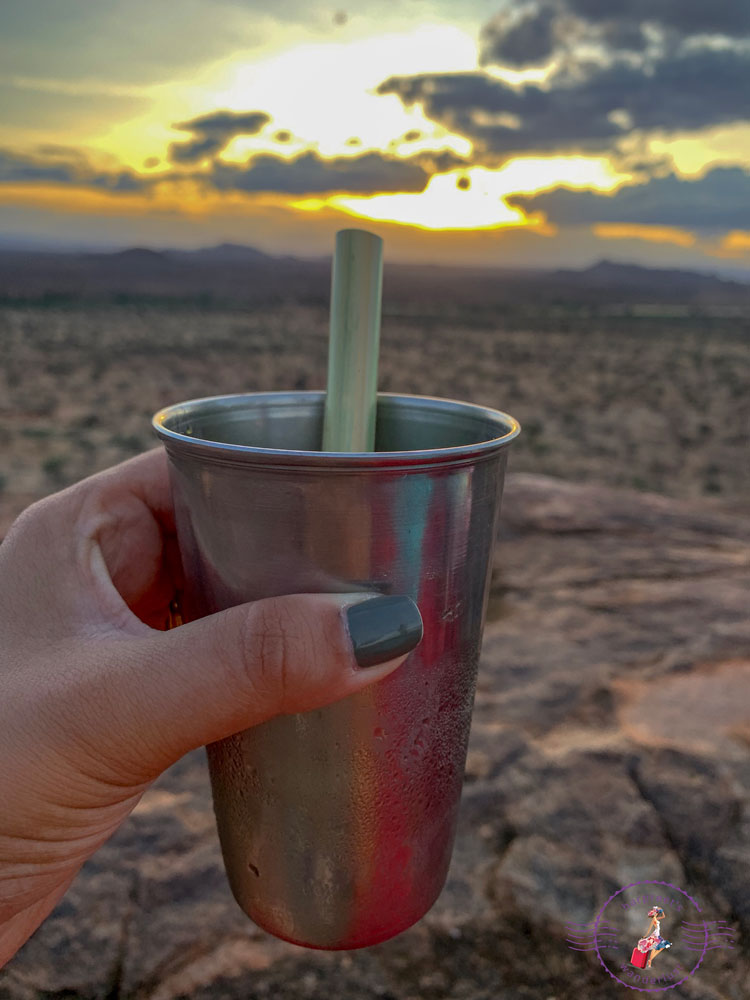 I digress. Thankfully, there are properties that are doing their bit by eradicating single use plastic in the form of water bottles and straws. The Safari Collection, Finch Hattons and The Elewana Collection gift you with a reusable environment friendly water bottle that you can fill with water during your stay and take away with you as a momento: and a reminder to be more conscious about your use of plastic on a daily basis. Finch Hattons has its own reverse osmosis water purification plant which means they use no plastic bottles at all, even in the rooms, which have beautiful bespoke glass bottles of fresh water. 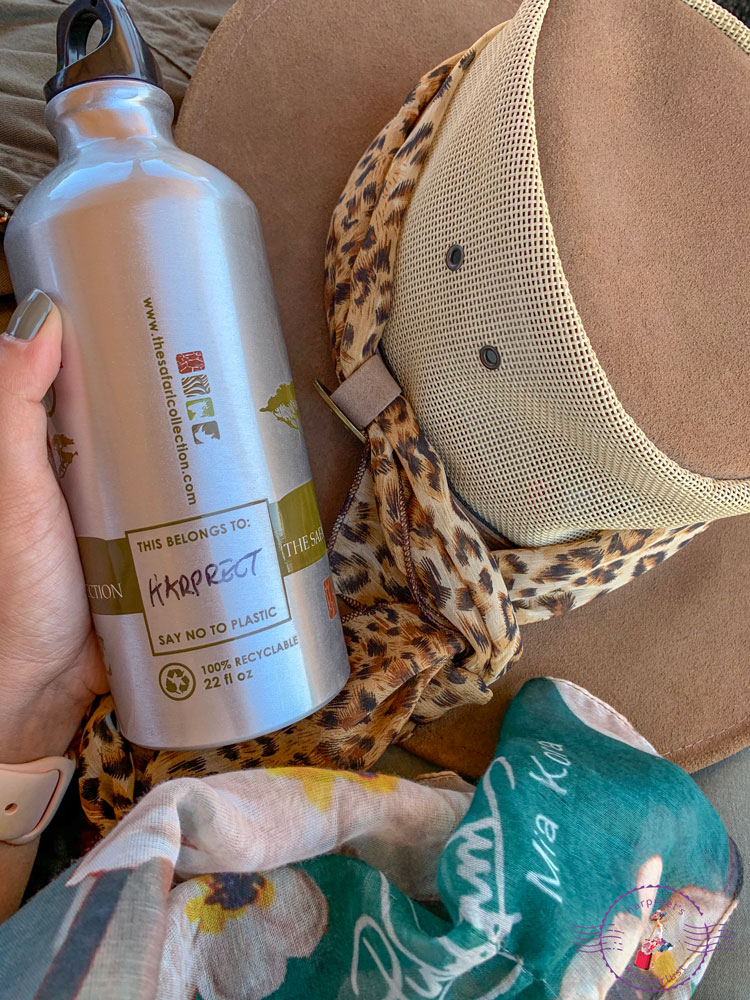 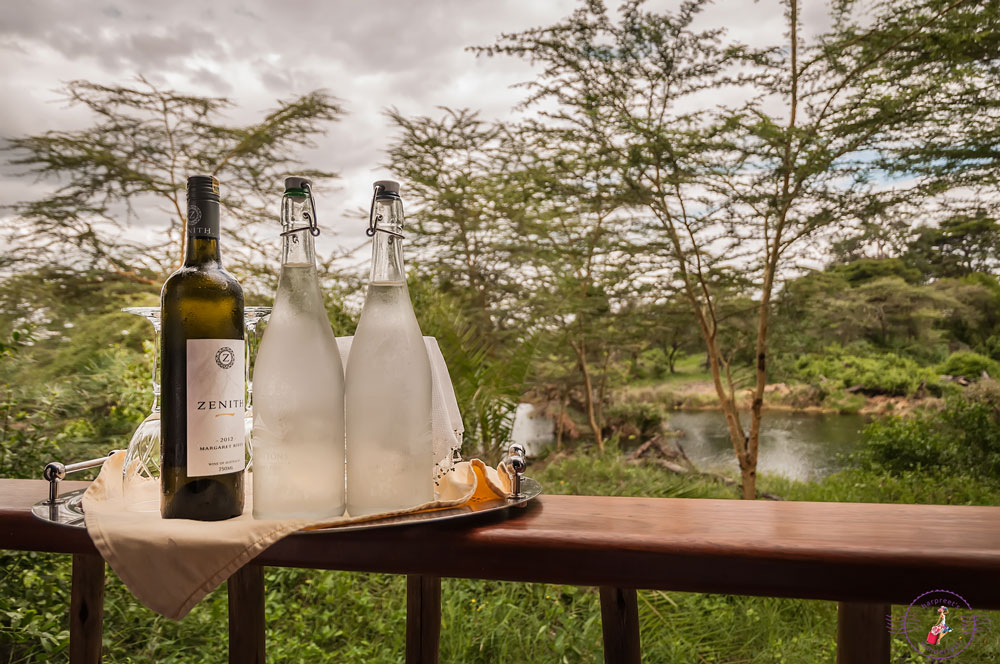 There are currently many independent initiatives that are taking up the planting of more trees in an attempt to re-forest areas that are suffering deforestation, which is a positive step. The Sikh Community worldwide has pledged to plant a million trees by November 2019 to mark the 550th birth anniversary of Guru Nanak, which is heart warming. A local Kenyan company has also come up with the idea of “seedballs”, which is an ingenious idea to try and introduce more trees in areas by encouraging safari goers to simply throw these balls into the plains when on safari and allowing them to grow. Packets of seedballs are easily available and fellow wanderlusters Kamal and Purvi of Kampur Travel Diaries have had some success with regenerating tree growth at the base of the Ndoto Mountains using seedballs.

In Kenya, we have a couple of independent organisations that rally for the protection of wildlife. AFEW has an initiative to protect the Rothschild Giraffe (of Giraffe Manor fame, also another Safari Collection property); Sheldrick supports the protection and care of orphaned baby elephants through its trust; Solio Ranch protects rhino on its sanctuary as does Ol Pejeta Conservancy, which protects the world’s last two remaining Northern White Rhino as well as the endangered black rhino. A visit to any of these sanctuaries means that some of what you spend goes back into the care and protection of these animals. 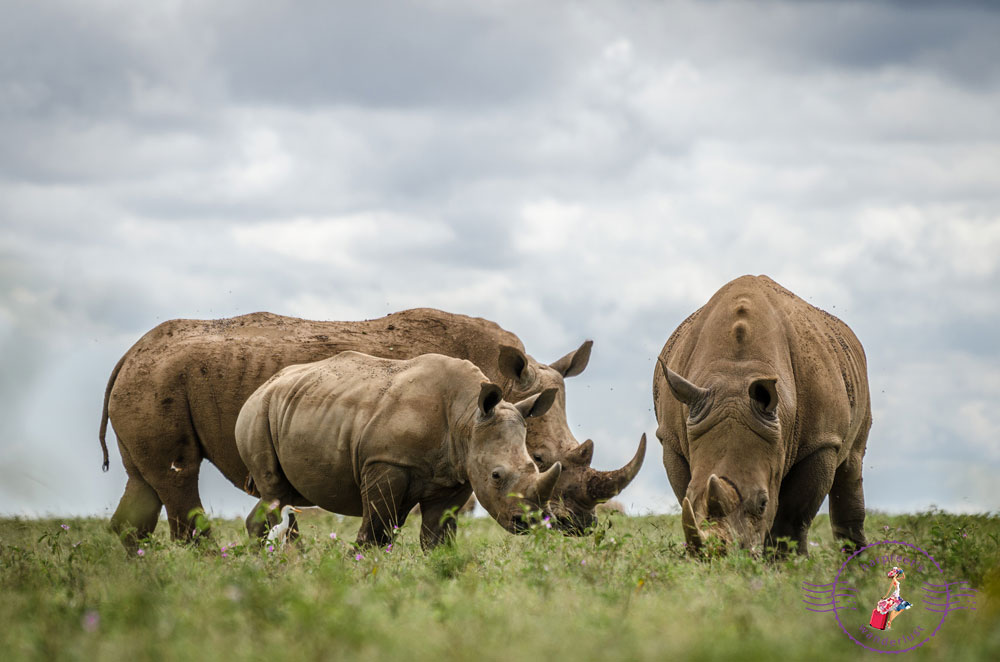 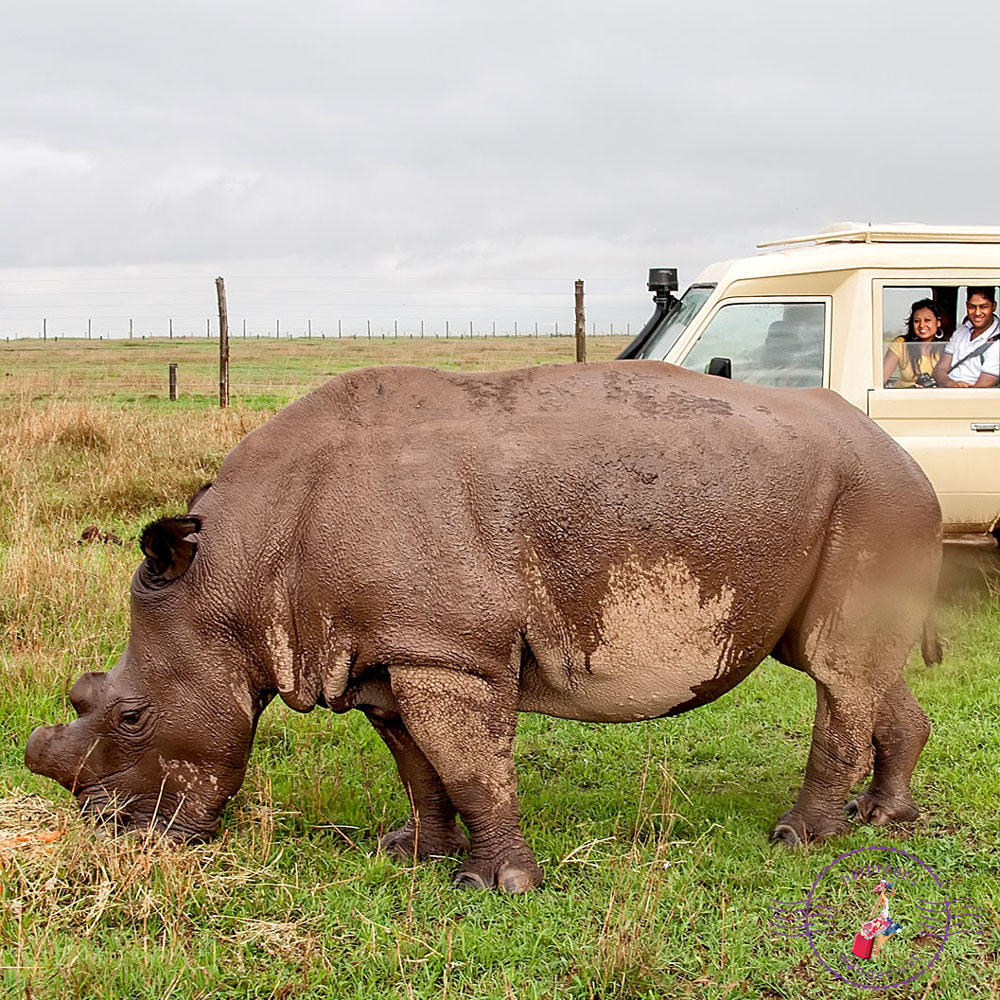 One of the last Northern White Rhino’s in the world

5. Do not geotag locations of animals

Finally, owing to the huge threat of poaching which is also an endemic problem nowadays, lodges and game reserves are encouraging patrons not to geotag the locations of animals once they have been spotted. Poachers have become technologically savvy and have taken to scouring social media to track down coveted animals such as elephant and rhinos, leading to such cautions. 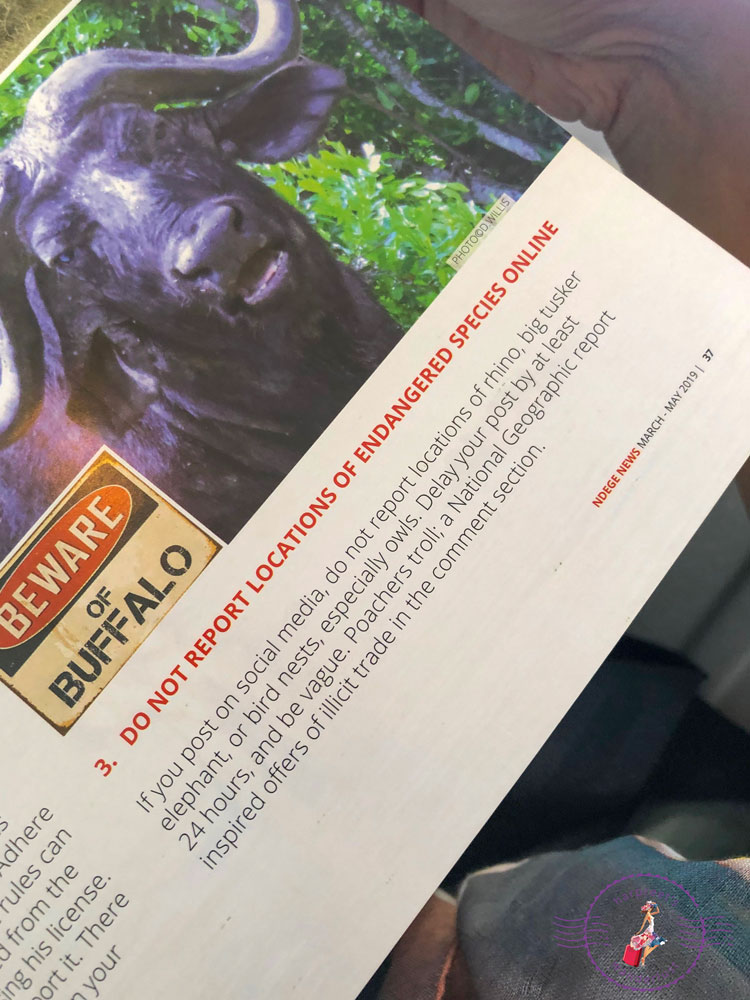 Fellow wanderlusters, sustainability and eco-awareness are two incredibly important topics when it comes to travel and the plight of the planet. I know we can’t all be David Attenborough (but on a side note, how I admire that man!) if we all do our bit as responsible travellers, no matter how small, we can all help to try and reverse some of the impact we as humans have had on our beautiful planet. Until next time, Happy Wanderlusting! Xoxo

Sustainability and eco-awareness – are incredibly important topics when it comes to travel and the plight of the planet – how have your travels/trips been influenced by this? Big things or small moments…?

How to link up your post
Just pop your post up over the first week of the month (the 1st – 7th June 2019), add it to the link up widget found on Binny’s Food and Travel Diaries, Silverspoon London, and Adventures of a London Kiwi, or on the blog of our lovely co-host Harpreet at Harpreet’s Wanderlust.
There are no rules – all we ask is that you check out some of the other cool bloggers that are involved in that months travel link up; make a few comments here and there and tweet a few of the posts out to your followers that you think they will love. It’s a great way to meet some new travel bloggers and share some blogging joy!

You are invited to the Inlinkz link party! 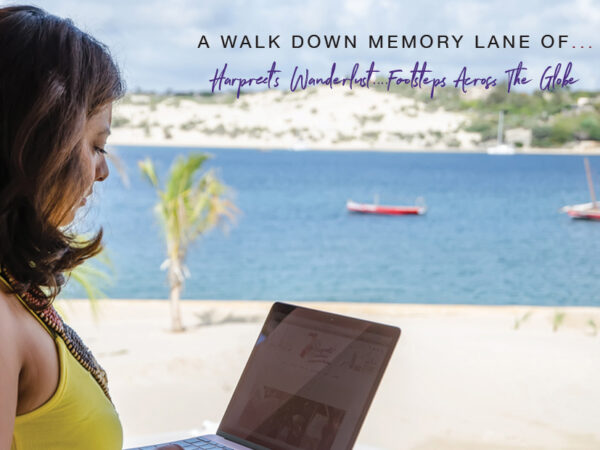 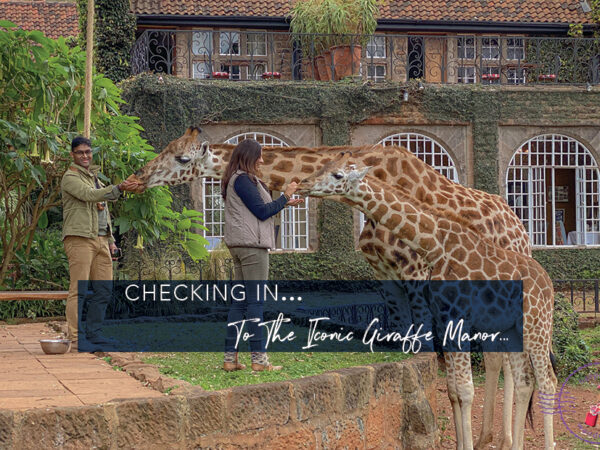 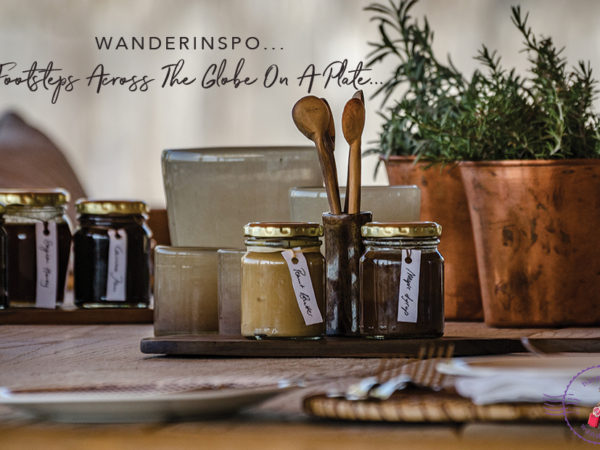 WanderInspo…Reminiscing about Footsteps Across The Globe On A Plate…