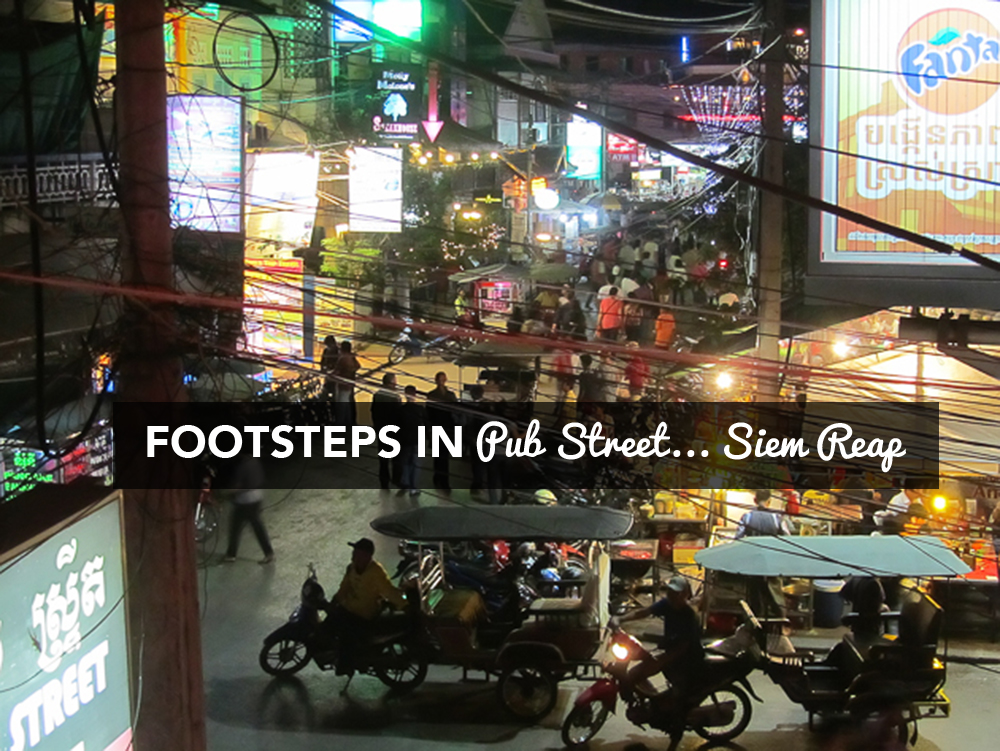 Pub Street makes it clear that Siem Reap rocks!!! Based around the central market area, this street, true to its name becomes pedestrianised at night, being closed off to traffic and is lined from top to bottom with restaurants, clubs, and yes, pubs!! 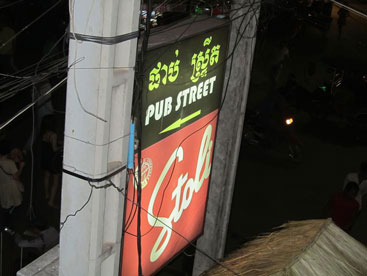 There is something for every palette, and if a restaurant meal does not catch your fancy, then head over to the market area for some street food. I swear I didn’t imagine it but there were tanks of stuff where one could fish out some animal of sorts and have it cooked…but then again I may have been in a state of euphoria, from nothing more than adrenaline!

M and I had dinner at The Red Piano, made famous once again by – Lara Croft. Don’t question it – just go with it. The fare is continental and good value for money, but the restaurant gets its fame from the cocktail that Angelina Jolie initiated called “the Tomb Raider”. Every tenth drink ordered is free and comes with a fanfare accompaniment; however, as luck would have it, I ordered the ninth drink! I remember it tasting of vodka and bitter lemon and if I ever went back, I would order it again, just because! 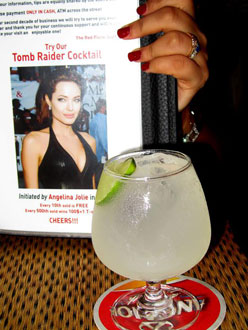 We had a fantastic view of the street around us from our table, being at the crossroads. We could see a display of fresh seafood at the restaurant across, being grilled right out on the street, and it made us wish we had one more night in Siem Reap so that we could sample more delicacies. 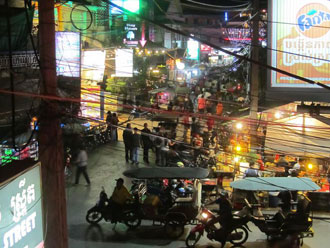 Satiated and Lara Croft’d out, we walked around and soaked in the vibe around Pub Street, and then wandered further down into Pub Street and into The Temple, simply because the music was so inviting! This is a whimsical club that uses the faces at the Bayon as its décor inspiration and where, every pitcher of drink ordered (we had Rum and Coke) gets you a free t-shirt! We had a fun couple of hours people watching (everyone wears havaianas and shorts and the atmosphere is just electric and energetic) and danced a few hours away, slipping out and popping in to a few clubs (again because of some song or the other) en route to a tuk tuk, which zipped its way along the streets and deposited us into Tara Angkor in the wee hours of the morning, for us to catch a few winks before going onward. 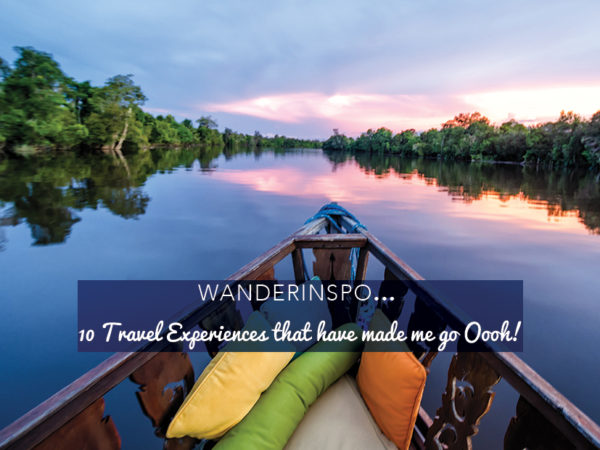 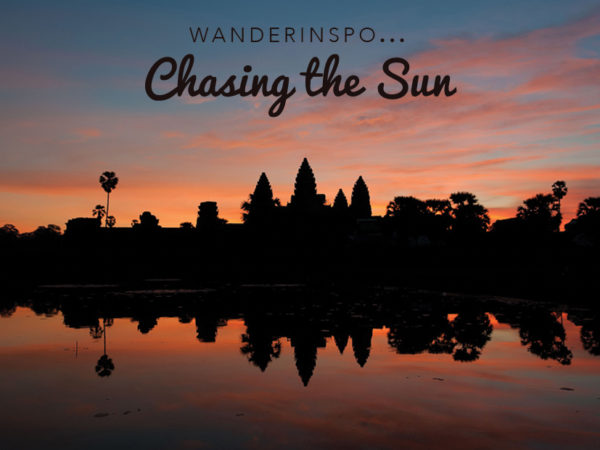 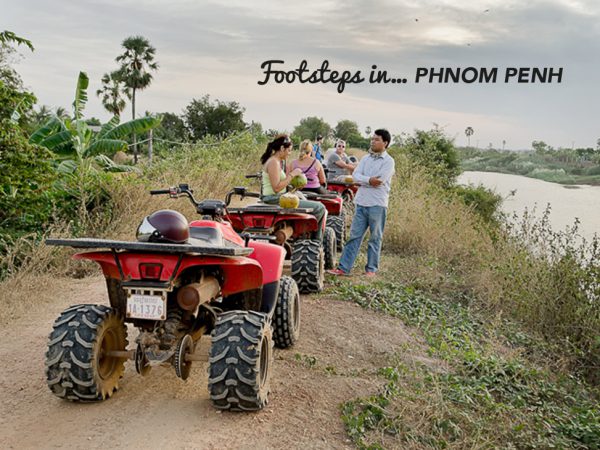