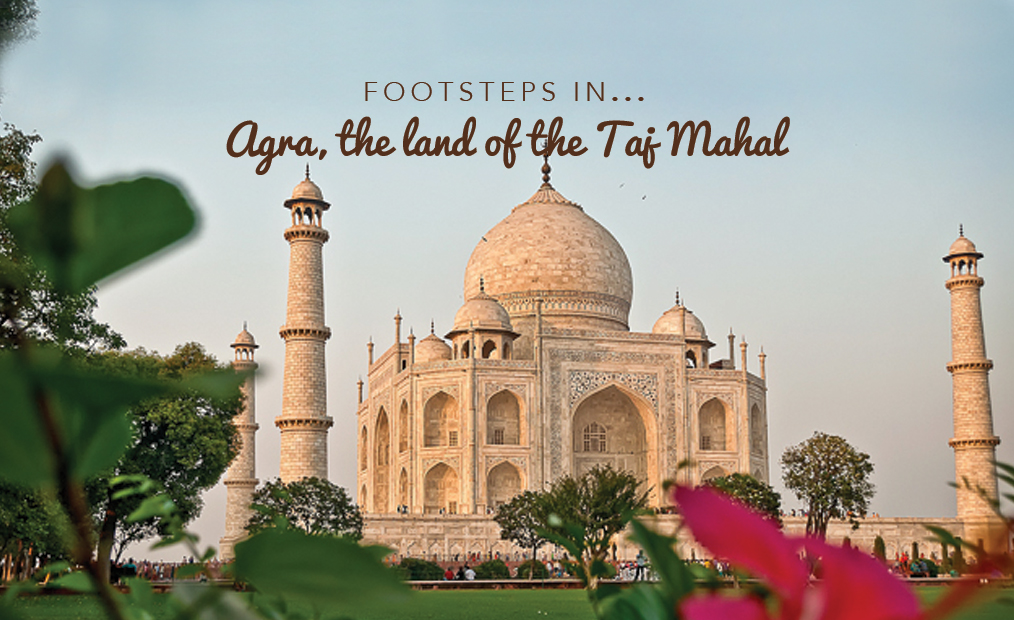 Today, we get to see a monument that is on every traveller’s bucket list to India – the Taj Mahal. We leave glorious, colourful Rajasthan and head into the state of Uttar Pradesh, towards Agra, home of this monument, an ode to love, one of the wonders of the world.

But first, a stop at the red sandstone buildings of Fatehpur Sikri, another UNESCO World Heritage site, for a historic jaunt into the Mughal Empire, the best preserved Mughal Architecture in India. Entering the complex through the majestic Buland Darwaza, we have to remove our shoes as we are entering a religious complex. The large gate leads to the Jama Masjid, which is a mosque, the courtyard of which houses a tomb of a sufi saint, where people pray and make wishes.

Following on, we visit Jodhabai’s palace which has the usual Public and private audience halls, the zenana’s where the royal ladies sat and beautifully preserved gardens. Your imagination can run amock – it is quite easy to imagine what life would be like, in such a beautiful setting.

Forty minutes later after leaving Fatehpur Sikri, we arrive in Agra. Finally, the piece de resistance of the trip to India, we make our way towards the monument. My mum had been to Agra many moons ago and she told me that it was a pretty dirty city, so I wasn’t expecting much but, I am glad to say that it has begun to clean up. For one, no cars are allowed near the Taj and they have electric buses that take you from the parking lot towards the main gate. Very impressive! The entry way is flanked with vendors, selling everything Taj related from snowglobes to replicas of the monument.

We enter the complex through the great gate, or Darwaza-i-rauza as it is known, which is throbbing with tourists trying to get a picture of the monument framed by the gate.

The monument is deceptively small viewed through the gate, and it is stunning to say the least, stepping out of the gate and taking in the panoramic view of the monument with the gardens and the reflecting pool. Wow. We chose the time just before sunset to get some good light for M’s photographs, but then so did everyone else and this place is a zoo! Everyone is vying for a photograph with the monument in the background and our guide is just so fantastic, he manages to get people to move so we can get our postcard picture! 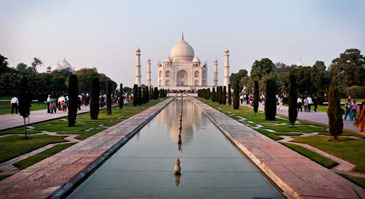 I just want to soak in the atmosphere. Funnily, despite this place being a market there is an air of serenity about it too. It is serendipitous, watching the rays of sun play off the marble making it glow with a pink and yellow shimmery hue, walking around the lush, green gardens with their beautiful, colourful flower beds and listening to our guide give us the history behind the monument, and it really does deserve its title as a wonder of the world. 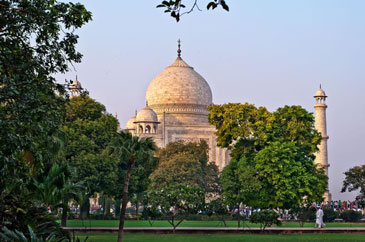 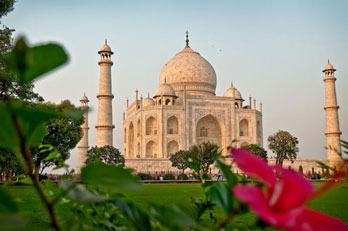 There are no shoes allowed on the monument because of dirt, I suppose. When mum went to the Taj she remembers walking barefoot on the hot white marble, however now you are given disposable shoes to wear over your shoes. The queue to get into the Taj snakes all the way around the monument, towards the side where the monument faces the River Yamuna. Watch out for the queue hoppers – for some, there is just no concept of a queue and waiting for your turn. We witness a man cut the queue in front of me, turn a deaf ear to our guide’s protesting, and then watch as his family joins him a few minutes later! Anyway, looking on the positive side, waiting outside the monument gives us the chance to admire the monument up close. 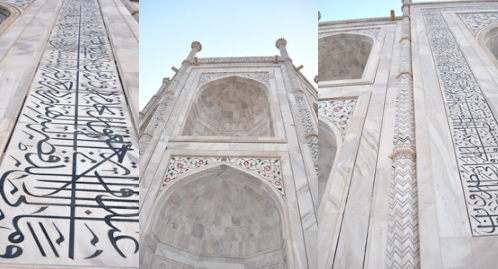 The entire monument is made of white marble. The outside walls are intricately decorated and inlaid with gemstones such as ruby and lapis lazuli. Some of the panels of the monument are decorated with thick, black elegant calligraphy, with verses from the Quran. The symmetry of the tomb is amazing – everything is perfect. The minarets on each corner, framing the main tomb seem to deceptively bend inwards but this is just a mirage.

Going into the tomb itself, I notice that it is quite dark and there is no artificial light – the last rays of sunshine stream in through the lattice windows. Mumtaz Mahal and Shah Jahan’s sarcophagi are in the middle of the room, hers carved with the 99 names of God on the side. We aren’t allowed to take photos and are hustled along by a guard, but human nature dictates a general lack of respect for rules and some people decide to risk the guard’s wrath and sneak in some pictures.

Once out of the tomb, we make our way to the reflection pool and try and get a picture of the Taj Mahal’s reflection. 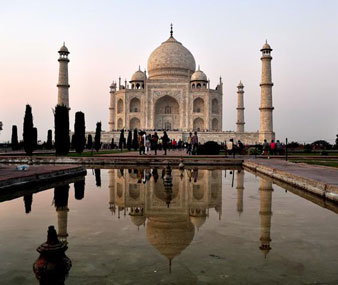 And of course, we have the cliché shots of me “holding” the Taj, and M and I sitting on the “Lady Diana” bench in front of the monument. It just wouldn’t have been a perfect trip if we hadn’t got that shot! 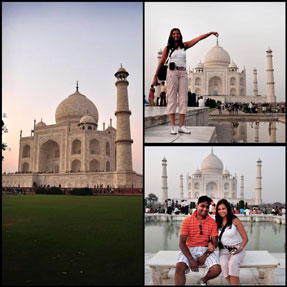 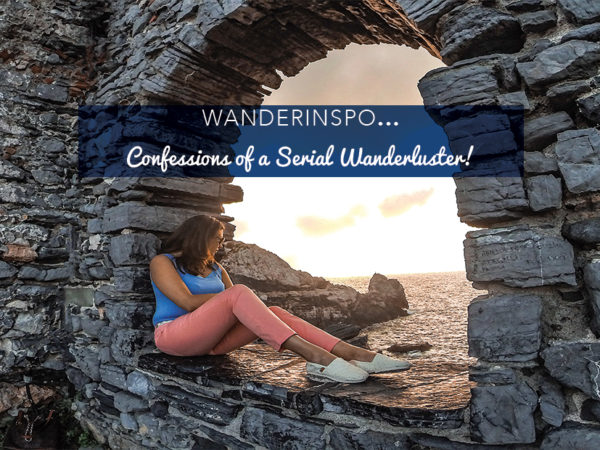 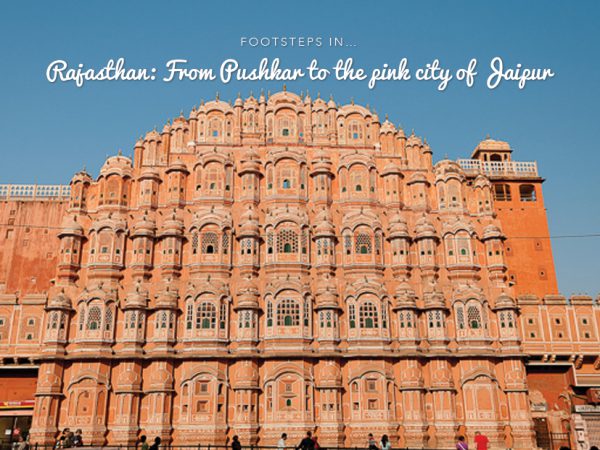 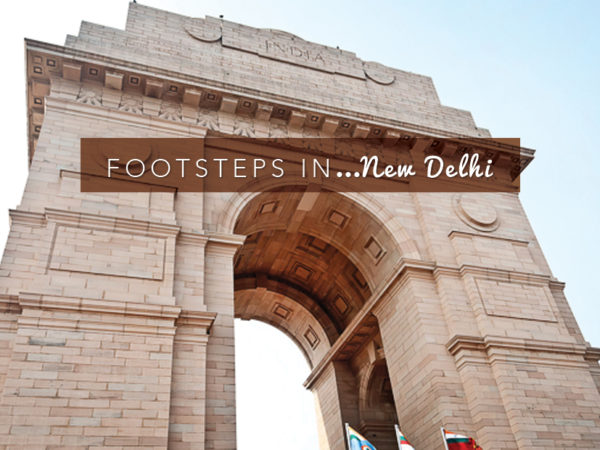